Shortly on the history of the facility:

Ilava facility belongs, along with Leopoldov to the oldest in Slovakia. The original Gothic castle, the establishment of which is attributed to the Order of Knights of the Templars served for guarding important ford across the river Váh, which oversaw the intersection of major distance roads (belonged to the so-called water castles). In 1693 was the Ilava castle with the manor sold by the Hungarian king into private hands. The new owner rebuilt the lower part of the castle and the upper part of the castle made available to the archbishop of Esztergom, who decided to set up the first Trinitarians monastery in Hungary. In addition to the monastery the Trinitarians also established a hospital and laid the foundation stone of the double-ship church here. In 1856 the monastery was with a relatively minor modifications redesigned to a nationwide prison for prisoners serving their sentences of 10 years and more. In 1889 it was decided to extend the prison using a new building for the so-called solitary confinement, which was completed in 1896. At that time it was possible to place up to a thousand prisoners in the facility. After the establishment of the Slovak State (1939-1945) the prison fulfilled an important role for the State regime. The Comenius Institute was transferred here from Košice and later renamed to the State educational institution serving as a correctional facility for juveniles. Also, there was established a concentration detention camp for opponents of the regime (the largest camp for political prisoners) and for the racially persecuted. In the years 1938-1950 the headquarters of the State Security and labor camps (ie. workcamps) and a female prison were established in Ilava. By 1977 Ilava prison served as a prison hospital as well (in 1986 there was established the department for the imprisonment of old-age convicted, long-term ill and disabled convicts unable to carry out any work), central dispensary of clothing and an escort center.

After the democratic changes in 1989, there was a prospective shift of the entire society. In terms of prison management can be described as the biggest change the abolition of the death penalty and its substitution by a life imprisonment sentence. Based on these changes was in 1992 in Ilava created department for extraordinary custodial sentences with a capacity of 41 places (in 2000 it increased to 73 places). In the years 2007-2010 was in the facility carried out a reconstruction of the object no. 5 (ie. solitary confinement), and the extension to the object no. 8 (the so-called service areas for detention). Since 2010, the premises of the object no. 5 have been used for the execution of remand detention and sentences in specialized sections. In 2015-2016 was reconstructed object no. 4 - a former laundry (ie. Bastion) to the premises for accommodation of the sentenced expanding the accommodation capacity by 58 places.

Presence of the facility:

At present time, the facility carries out imprisonment of convicted men enrolled in the middle and maximum guarding level, execution of life imprisonment sentences, remand detention for the Specialized Criminal Court, all courts in the Slovak Republic for the accused of serious crime (organized crime, the charges for which there are expected sentenced above 15 years of imprisonment and life imprisonment).

Ilava facility provides through the department of judicial guards protection and order in four courts and prosecution offices of the Trenčín region.

The total capacity of the facility is 860 people (including 180 remand prisoners and 680 convicts).

Execution of the remand has been served in the facility since 2010 and is implemented in a differentiated way for the accused men and women in sections with standard and mitigated regime. When dealing with this category of people, the purpose of detention concurrently with ensuring the rights guaranteed by the current legislation is secured. If necessary, the accused may use interventions of psychologist and social workers.

In order to enhance the effectiveness of treatment for specific categories of convicts, there are, in addition to standard partitions also specialized sections - starting section, section of life sentences, closed section, output section and the section with a security regime, which includes compensation room.

Within the output section, the facility actively participated in a long-term national project A Chance to Return, funded by the European Social Fund through the Operational Program Human Resources in priority axis Social Inclusion, whose objective is primarily based on the need to link separate policies of penitentiary and post-penitentiary care, reduction of the risks of repeated commission of crime and limit of potential crisis situations in the immediate vicinity of people returning from imprisonment, while the main activity of the national project is aimed at re-socialization and active inclusion of citizens serving a sentence of imprisonment to society, to the labor market and improve their access to social services.

Educational and awareness activities in the facility are focused primarily on the following areas: awareness activities, leisure and sporting activities, use of the prison library, watching television and listening to radio broadcasts, reading newspapers and magazines, cultural, educational and entertainment events, organizing of cultural performances and other events contributing to the cultural development and education of prisoners. The facility has a multipurpose room with a stage, equipped with a sound system and lighting devices, which is used for training and organization of joint cultural events, concerts, theater performances, lectures and discussions associated with the autographs of celebrities form sporting, social and cultural life.

The facility offers several interest clubs of different nature. Within the editorial club, the facility issues the BUTTERFLY magazine, which is very popular among the convicts. The facility also includes a prison library, which consists of domestic and foreign literature. At present the library contains over 5,000 titles of various genres.

Health care is for the accused and convicted persons and to members of the facility staff provided by qualified personnel in four ambulances. Bed section for ill prisoners has 29 beds.

Regular catholic pastoral care for convicts and accused is served by the prison chaplain. Spiritual service is provided on a voluntary basis and shown interest in the Chapel of Our Lady of Sorrows and the Chapel of the Sacred Heart of Jesus.

Catholic spiritual care for members, employees and their family members is also provided by the prison chaplain.

Employment of convicts and accused is an efficient and sustainable use of means to achieve the objectives of social reintegration. Currently in Ilava facility there are more than 315 convicts assigned to work within the sub-economy of the facility. The nature of work is closely linked to the automotive industry, where prisoners carry out mainly assembly works in completing cable harnesses, but the professional activity is also carried out in the area of hand sewing of shoes and grading of glass jars. Another possibility of working for the sentenced persons in terms of the local facility is working for the contractors in the external environment in the wood processing industry or in the separation of waste.

The facility has a long experience with production of furniture. The Drevovýroba center manufactures furniture for a wide range of government and public institutions.

The prisoners also work in the internal operation of the facility with 56 persons carrying out service works.

Average employment rate of convicted and accused in Ilava is in the long term around 80 to 85 percent of the total number of persons that can be included into work process.

Directly in the building is located a sewage-cleaning complex, through which the facility provides laundry services for the clients located in this facility and for other facilities of the Service in the region.

Civil Service carries out specialized personnel at the facility; members and employees of the Prison and Court Guard Service. On the performance of official and working tasks in the facility

currently participates approximately 319 members and 34 staff officers, who are fully qualified to work in the conditions of the facility. In terms of education has 27.20% of staff college education of the II. degree, 8.78% of staff higher education

The object of a shooting range serves for the needs of the facility not only to carry out live fire, but also to implement sporting and social events.

As part of the social program the facility also operates service apartments and in the indoor premises is established sports hall and gym for the staff.

The facility also operates a transit accommodation which serves for the need of a short-term accommodation for members of the staff and employees of the home facility as well as members of other institutions to accommodate participants in different courses and seminars organized by the Service and for the visits of international cooperation.

The facility has maintained decades-long working contacts with the Mírov prison in the Czech Republic. There is a significant cooperation especially in the field of life imprisonment sentences. 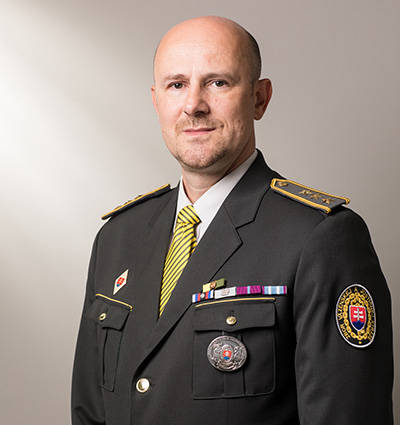 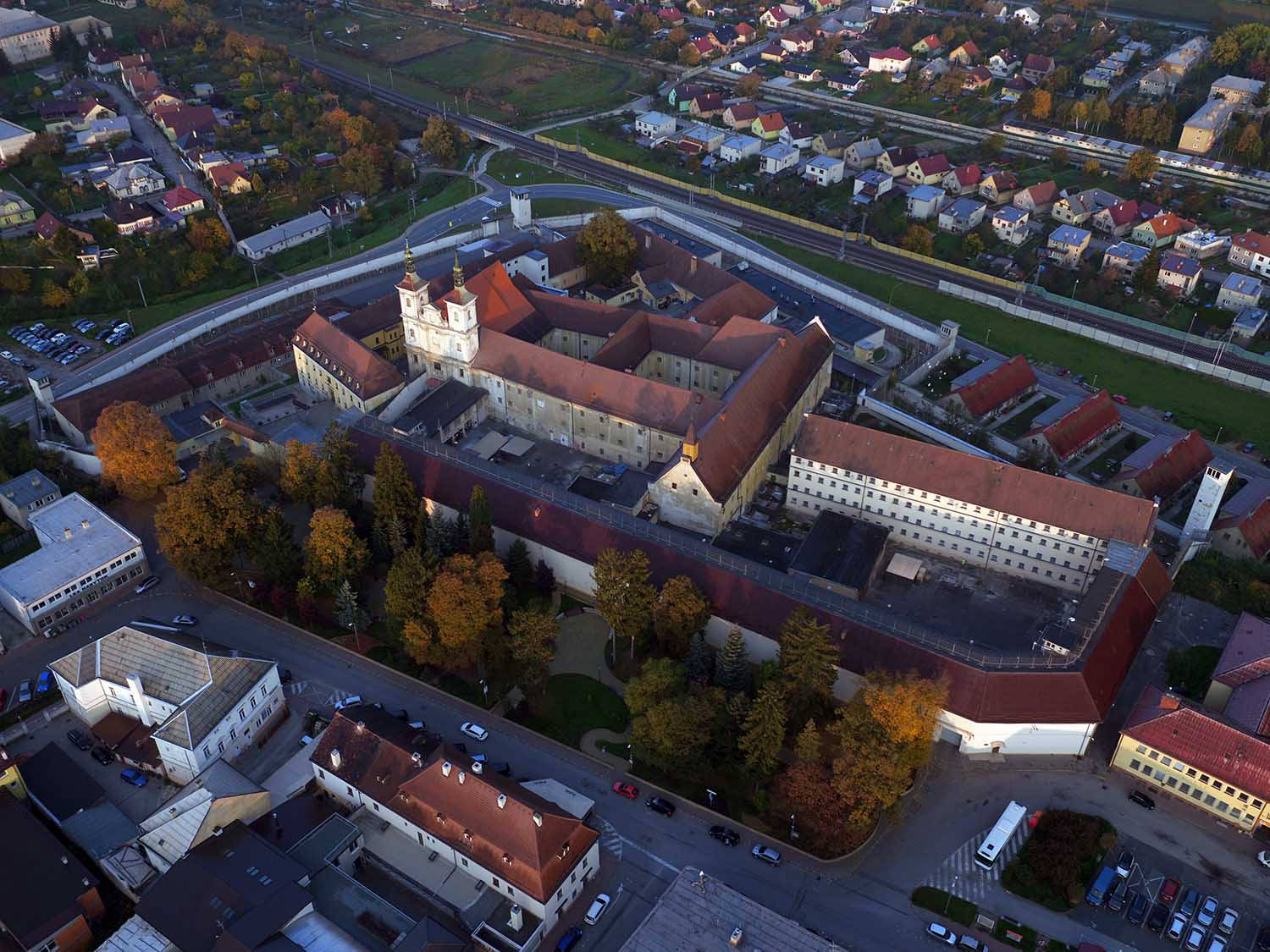 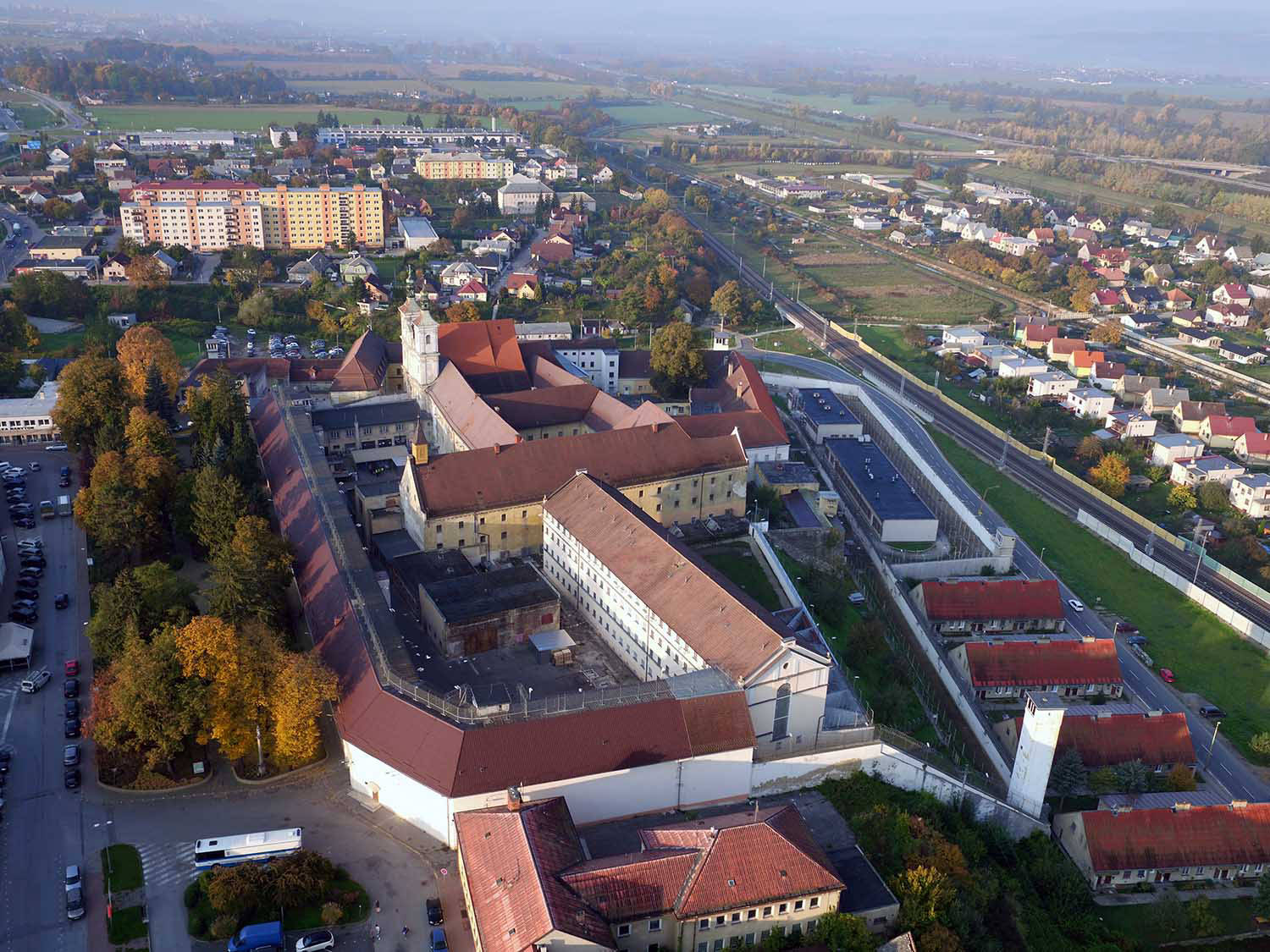 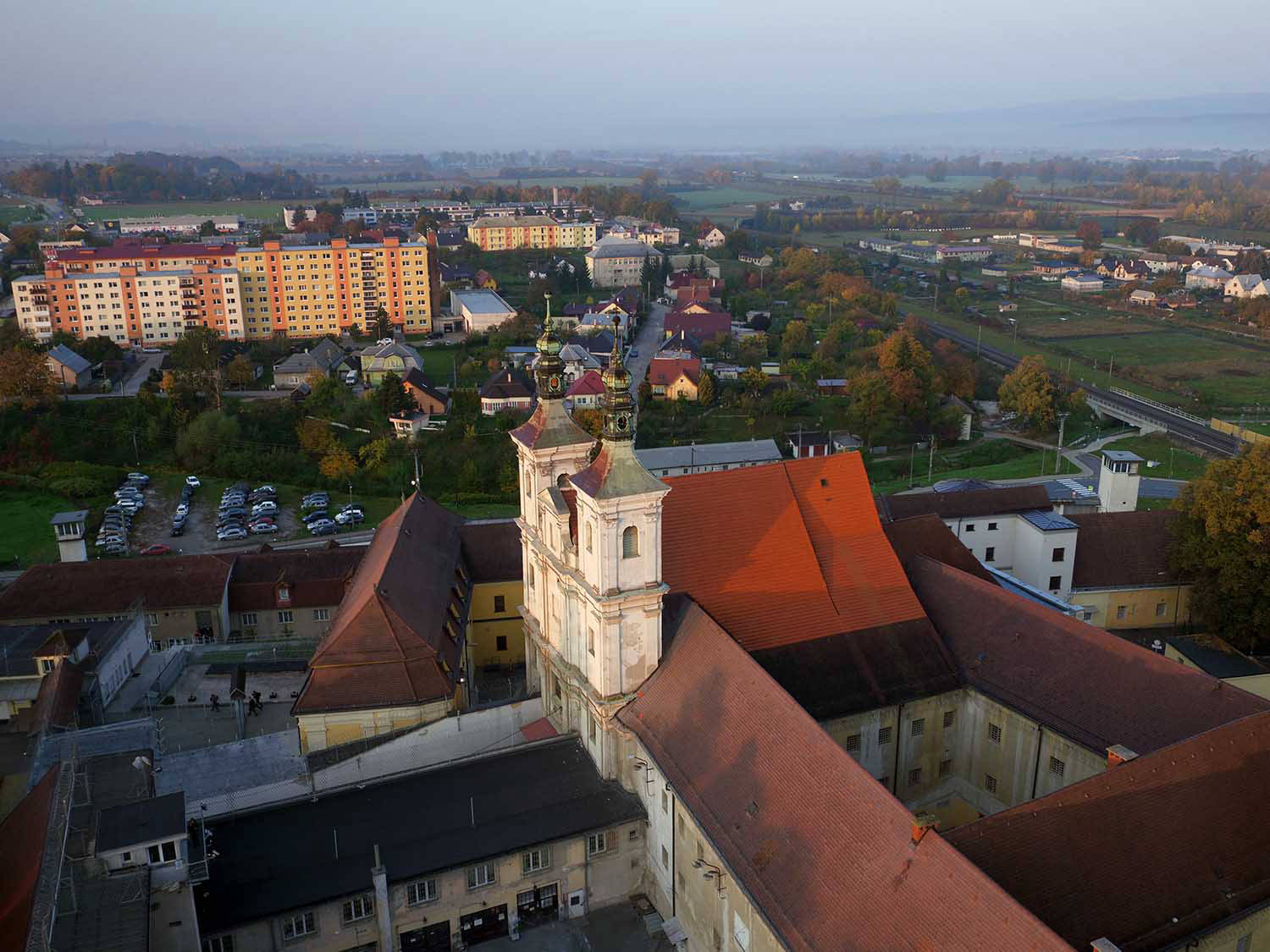 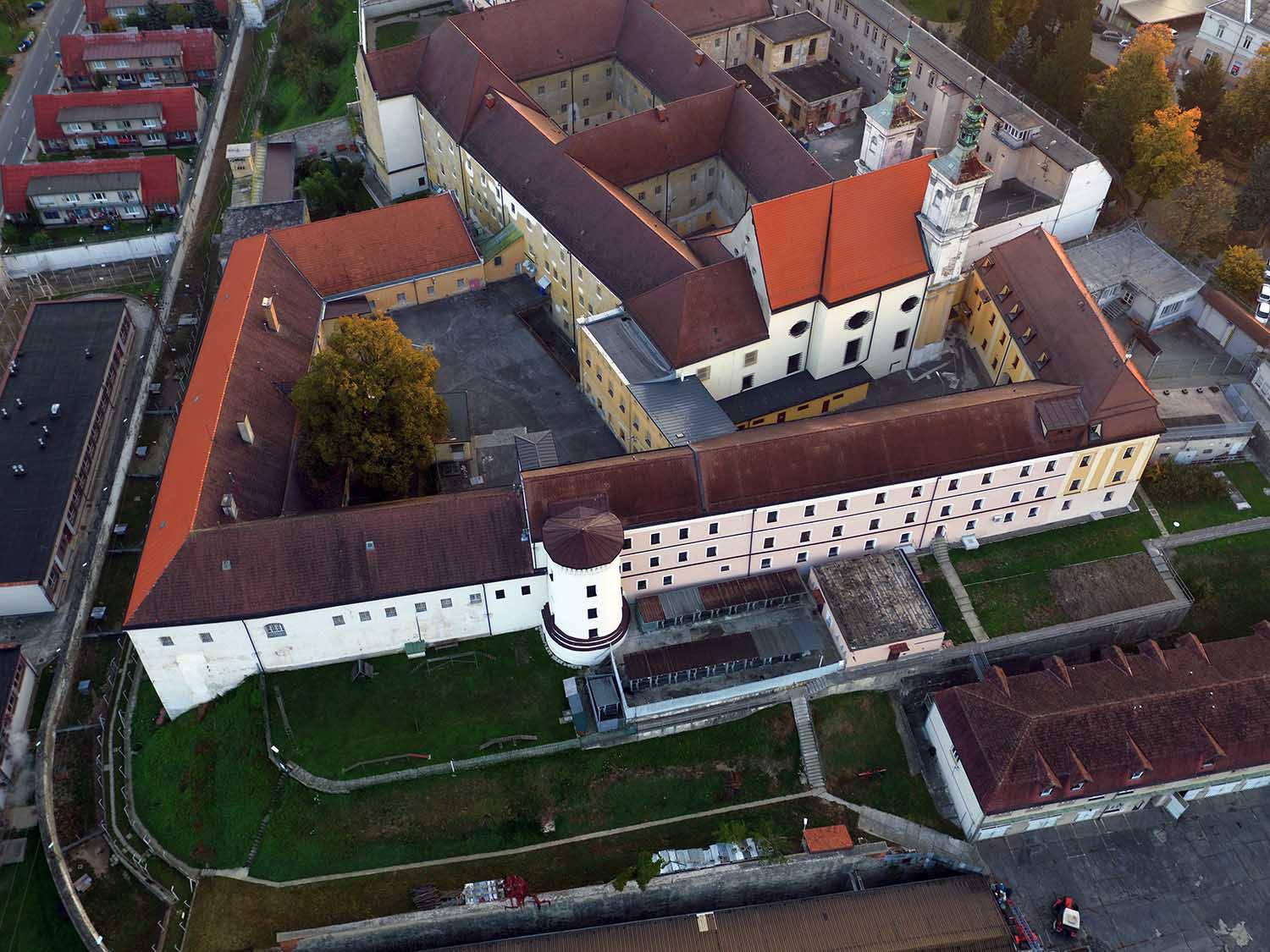 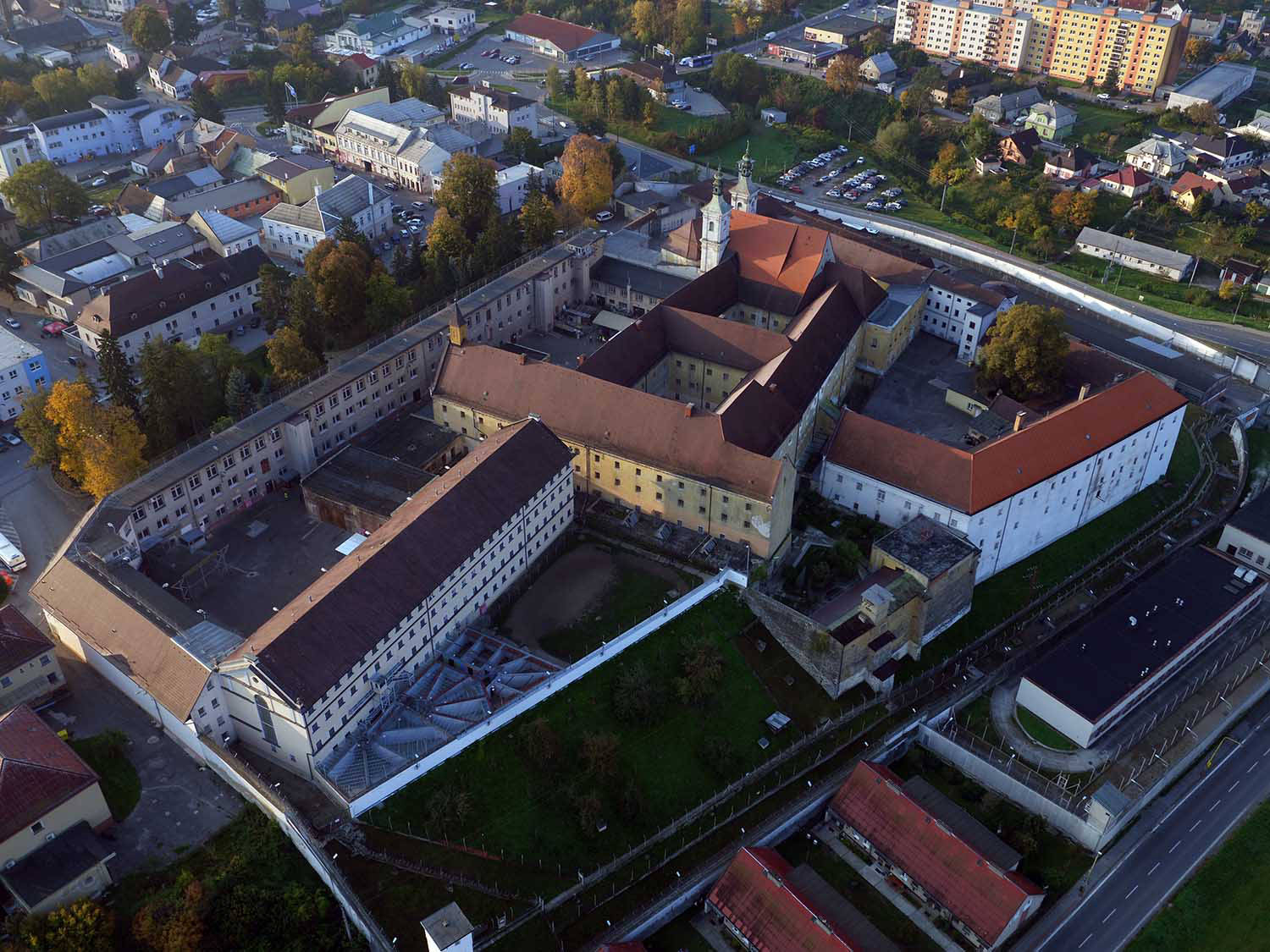 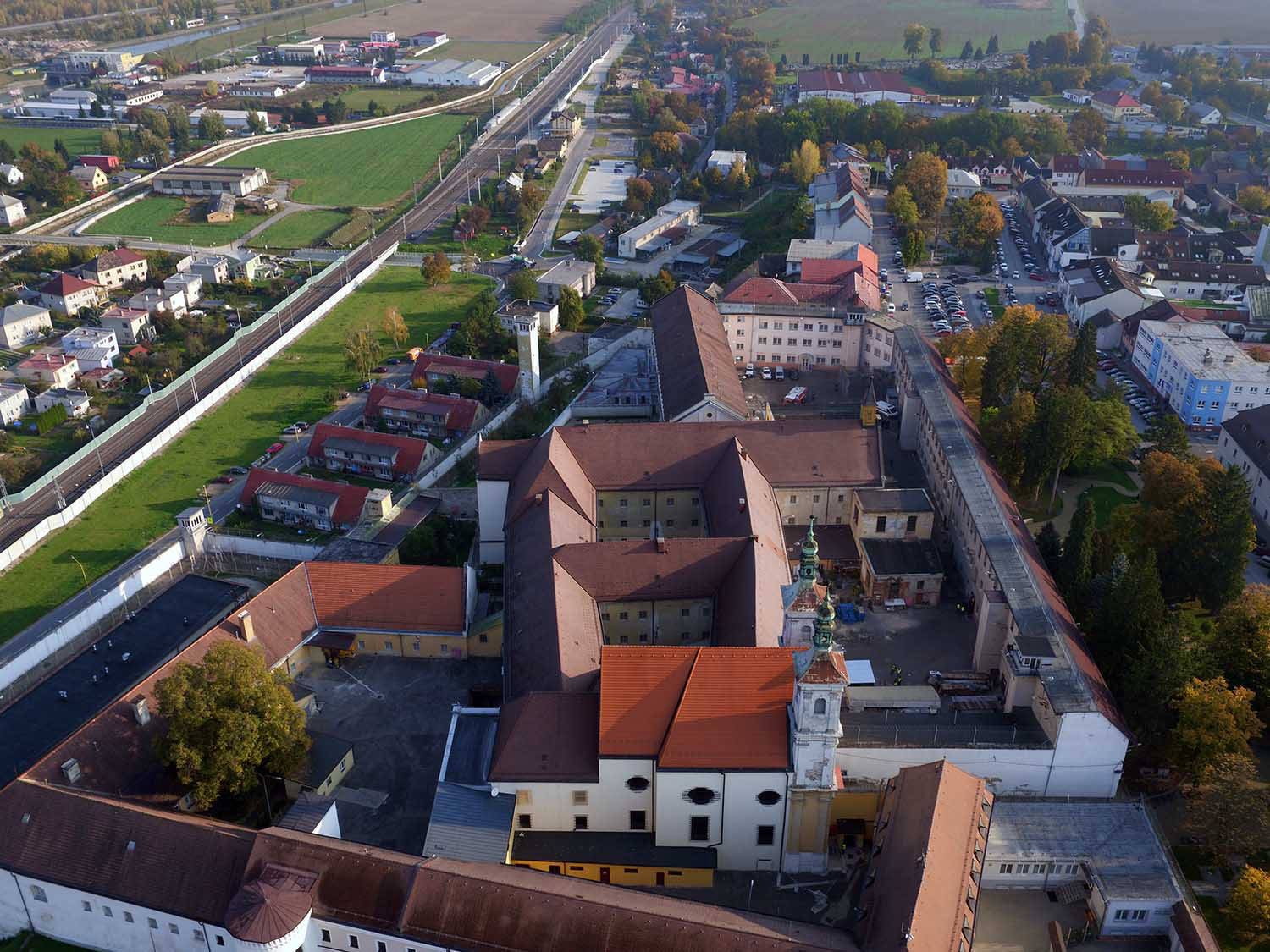 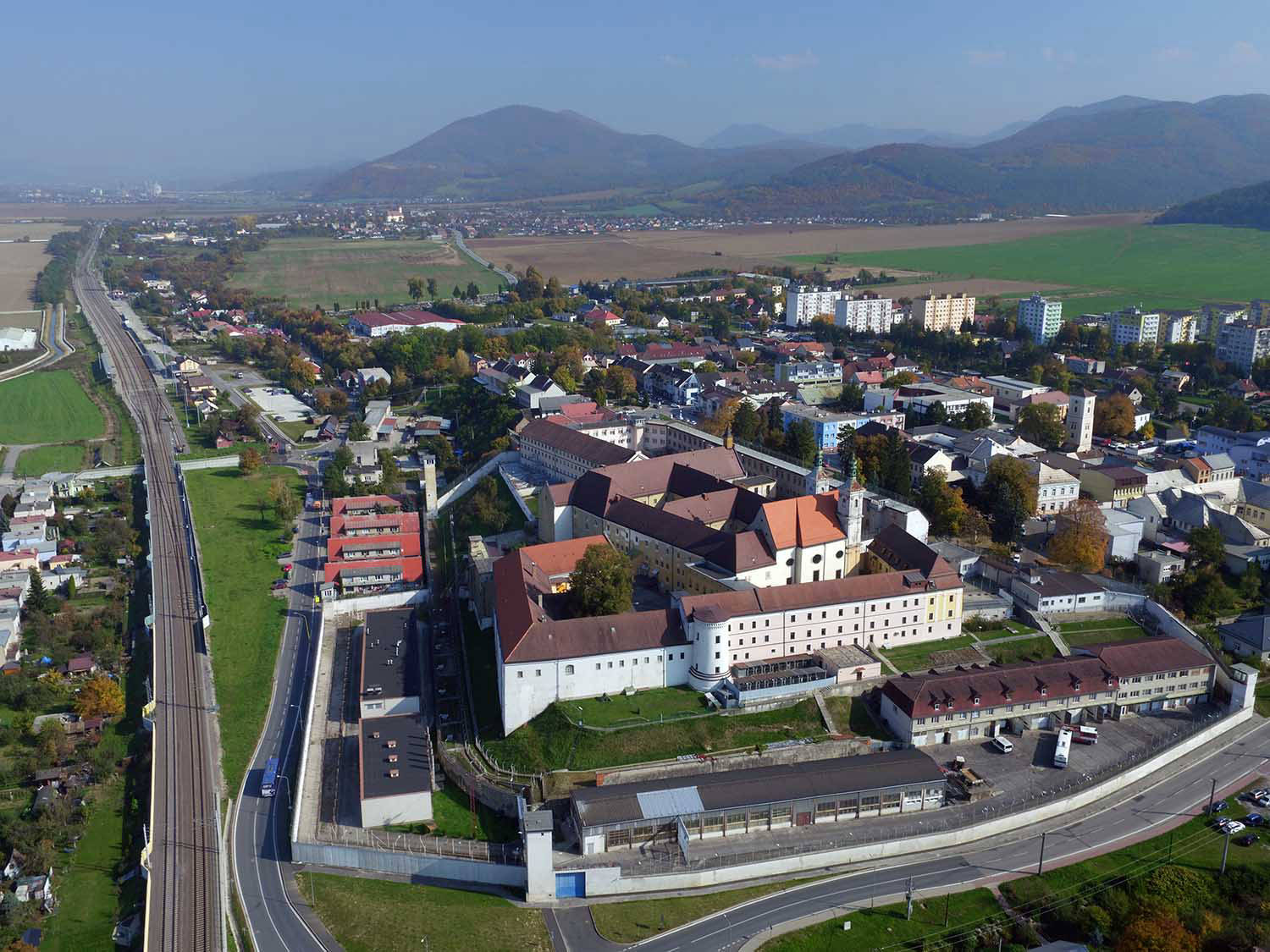 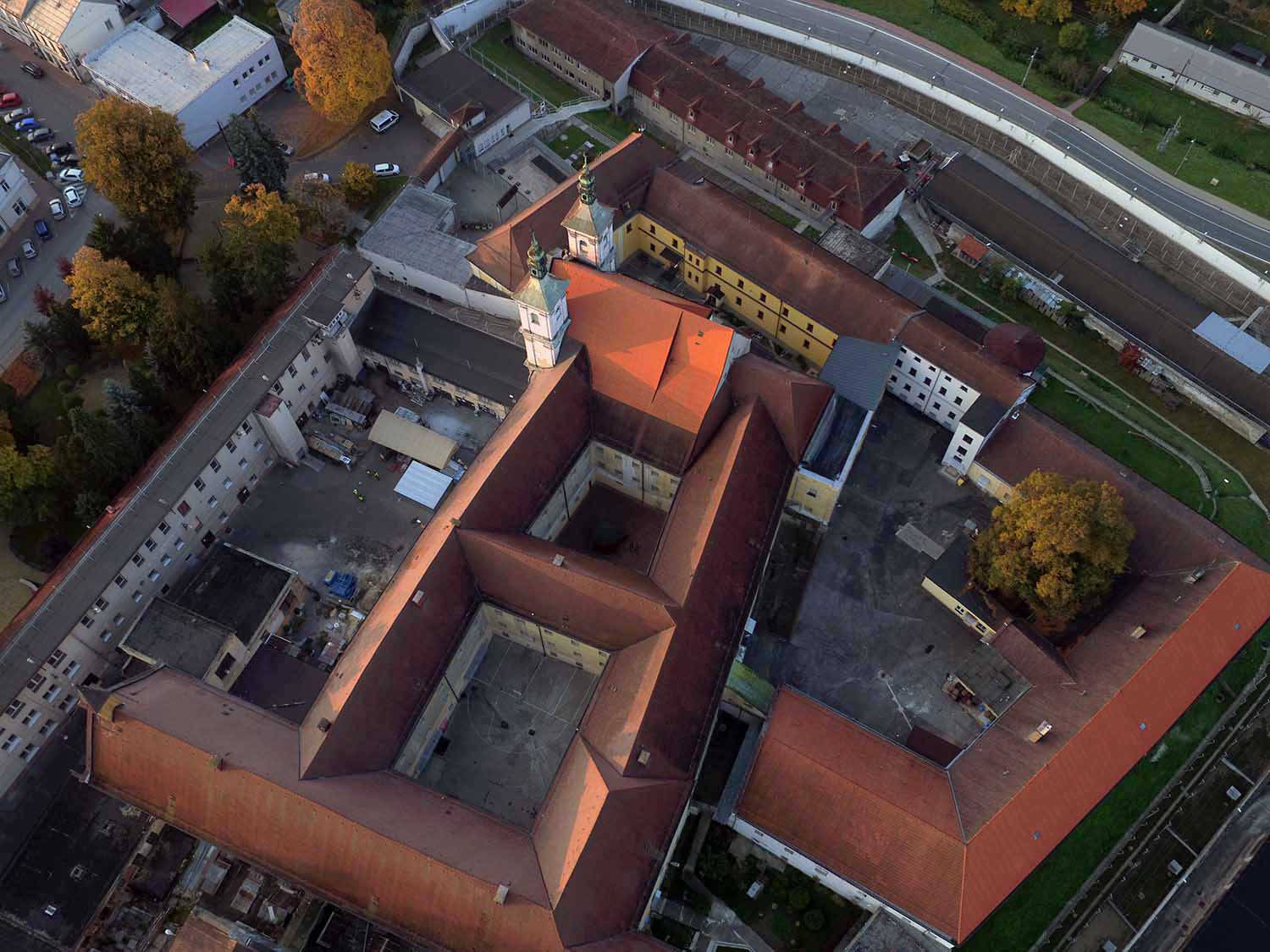